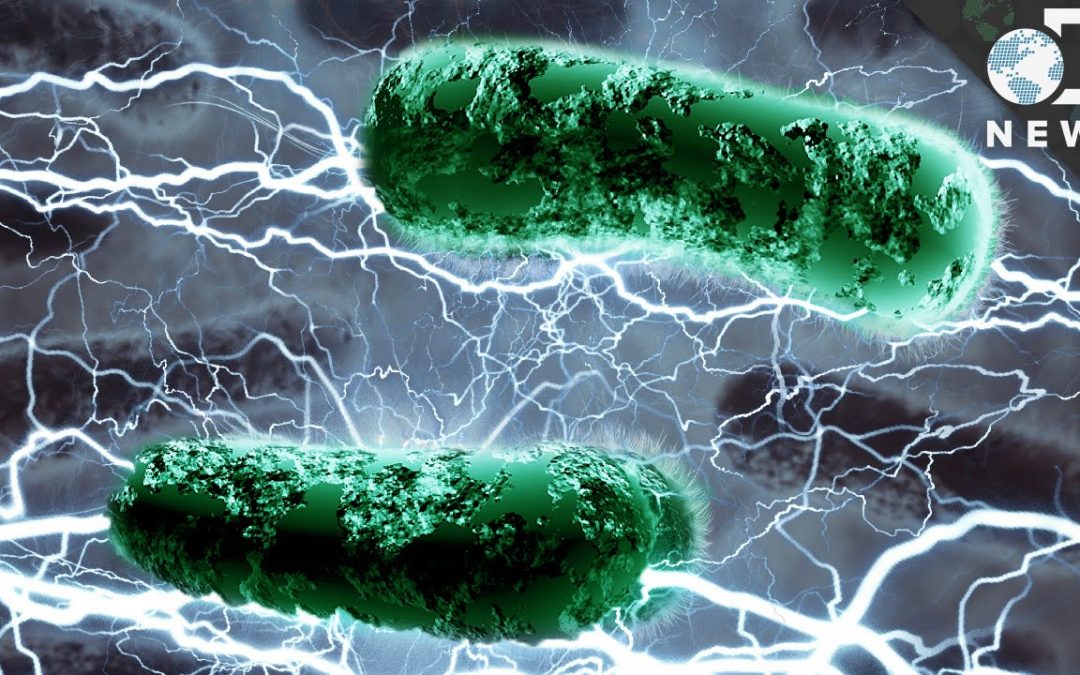 The production of electricity by bacteria is a topic which has interested me for a long time, even from before I started writing Conquerors of K’Tara.  Of course, we humans are also capable of generating electricity, but we do so only to send messages from one end of the body to the other via the cells of the nervous system, and the currents we produce are insignificant. We are also capable of electrical exchanges when we experience electrostatic discharges, but these are weak and cannot be used to power us–or anything else. Electric eels, on the other hand, can generate powerful currents which they transfer into the environment to defend themselves.

But bacteria such as Shewanella oneidensis MR-1 are capable of much more than that; they can power themselves by taking electrons from the environment and can send the current back into the environment (see article here), and they may even be able to exchange electrical currents with their neighbors. This ability that bioelectric micro-organisms have to power themselves is an extraordinary, exciting discovery which dates back to 1911, but it is not until recently that the scientific community began to investigate it seriously. In fact, scientists at NASA are now actively engaged in studying the possibility of using bacteria to power ships or waste-water treatment operations for space missions (see article here).

Bacteria are so small; we have about 100 trillion of them on and in our bodies. If bioelectric bacteria could become part of our microbial flora, could they power our bodies? give us the ability to concentrate and transfer a current to objects outside our bodies? This idea is the basis of one of the powers of the Lux Baiulae and Luxori in Conquerors of K’Tara.