My Review of “A Wizard of EarthSea” 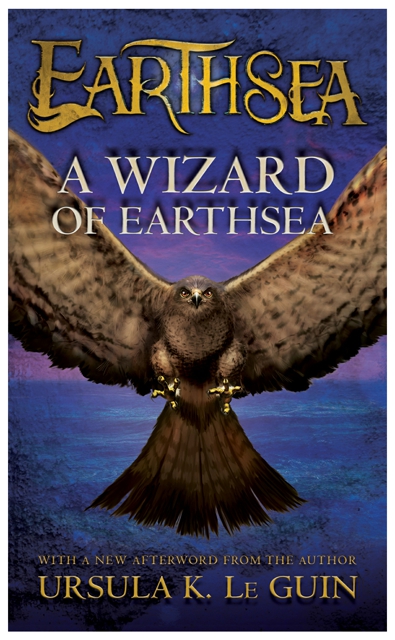 This novel by Ursula LeGuin, a coming-of-age story about a young sorcerer by the name of Ged, pulled me in right in–from the very first lines–and it took me to a place unlike any other I had ever been taken to before. Le Guin’s language in this novel is so beautiful–so strange even–that I felt the need to reread it as soon as I was done, just so that I could hear the words again as I read them out-loud, or see them in my mind. Ged, the young sorcerer apprentice, is filled with self-doubt and uncertainty, which leads him to make regrettable and serious mistakes, with far-reaching consequences. But, thanks to a few true friends and guides, as well as thanks to his own dogged determination, he finds his way to his destination–a destination–and there makes peace with himself and with his magic, fixing his mistakes and taking the next steps in his evolution toward sorcery.

If you love beautiful prose, well-developed characters and a beautiful story, you will love “A Wizard of EarthSea“–a book which makes me want to write like Ursula Le Guin though I know I have not the skill. You can click here to find the book on Amazon.

If you have read it, what did you think of it? Did it grip you in the same manner? Let me know by commenting below.