First draft of Illustration no. 2 for “Eruption” 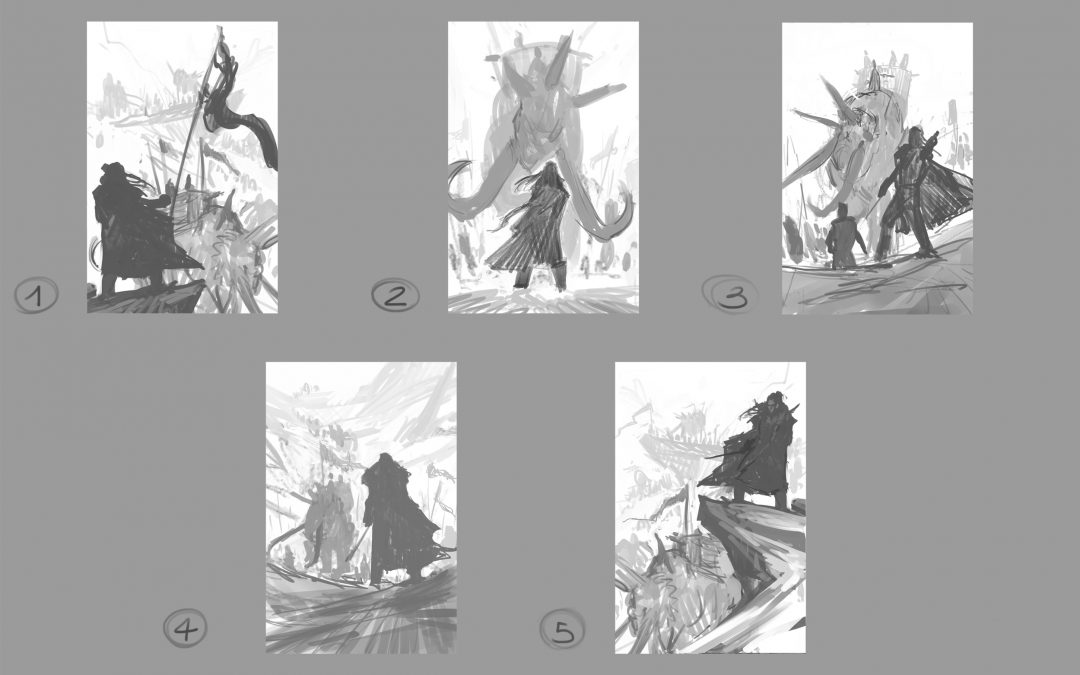 Michele sent me the initial draft of the second illustration for Eruption, Book 2 of Conquerors of K’Tara. This scene represents the arrival of the Zebulonian army who wil come to our heroes’ land to enslave and bring back their men. For indeed, the parthenogenetic Zebulonian females are in dire need to refresh their blood lines with foreign genes, given that their own males are unfit.

But the arrival of the Zebulonian army will also mark the beginning of the conquest of K’Tara by Noctiferus, the god most feared by its peoples.

My favorite is No. 4, and it is the one I’ve asked Michele to develop further. What do yout think? 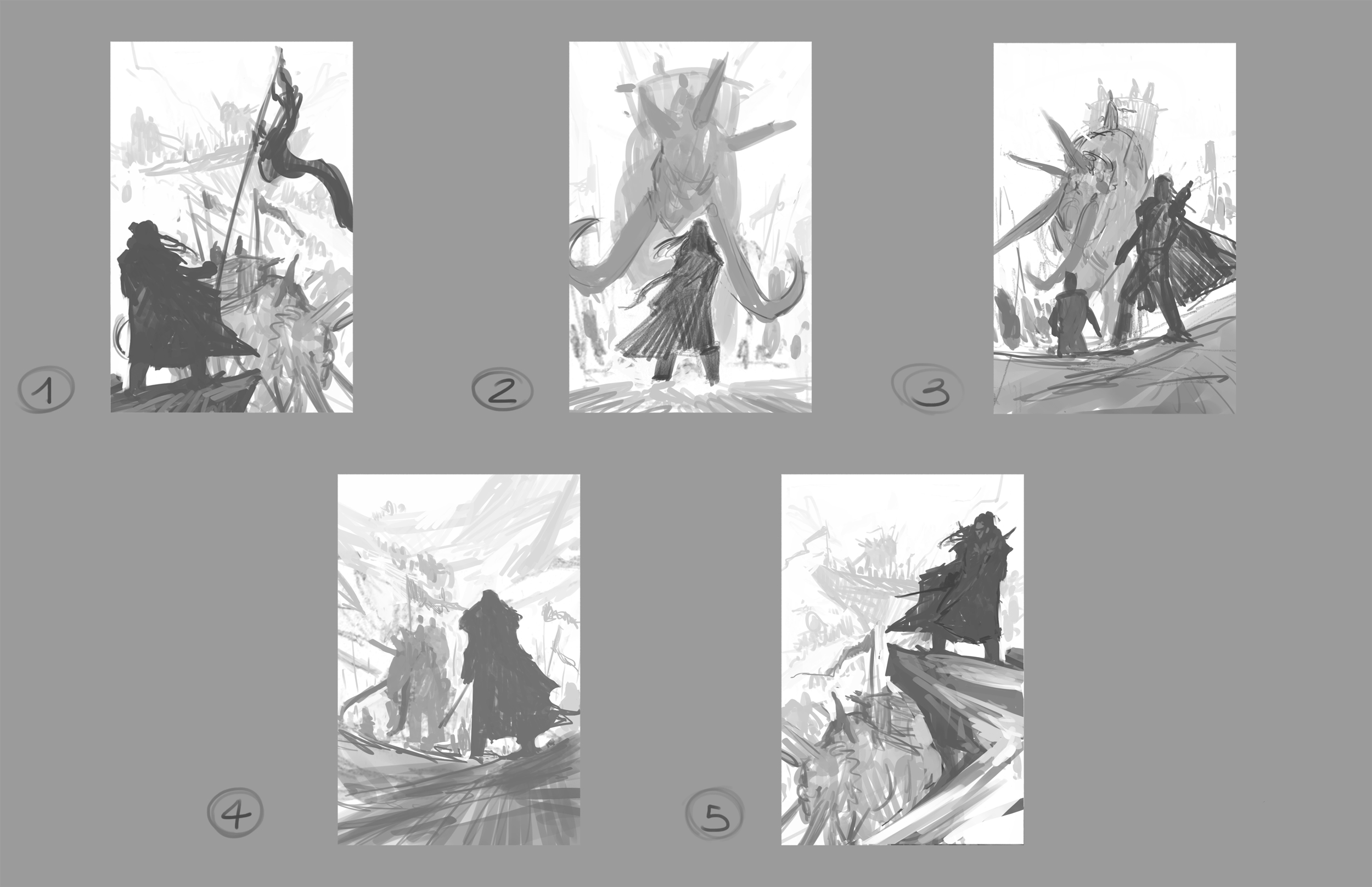