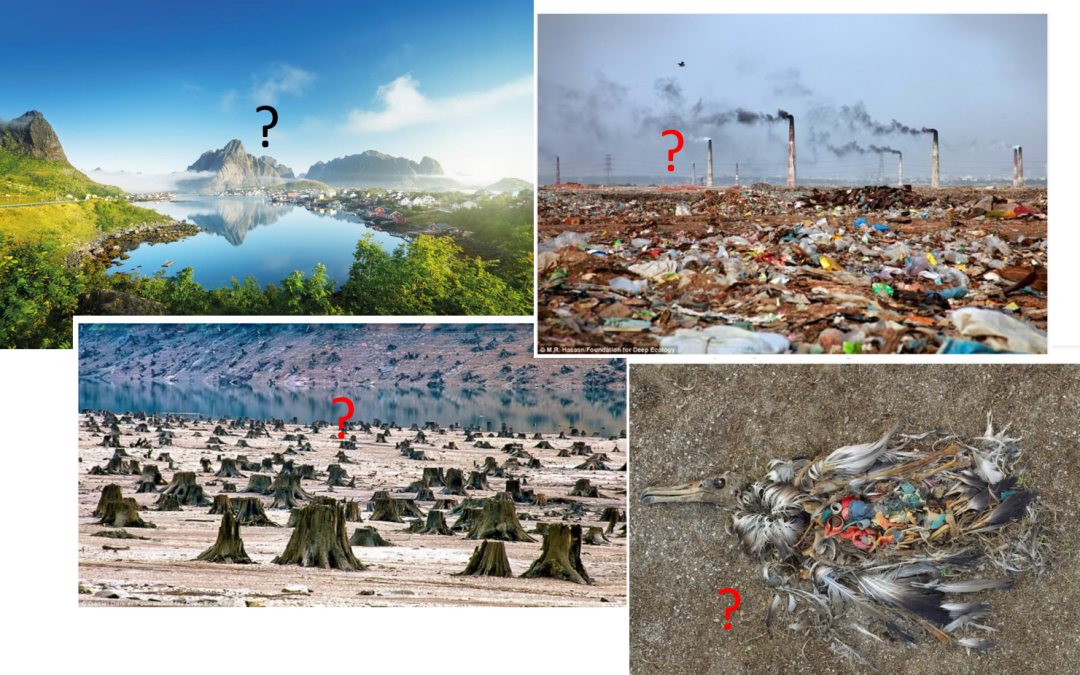 Today, I am not writing about my novel but about a topic I have been passionate about since I was a teen, that is: trying to understand humanity’s impact on our world and on our environment, and to understand whether it is really as bad as many say, and if so, why. Now, you might wonder why I, whom you possibly know as a Sci-fi/Fantasy author, should write about this, and why you should read it. I write about it for the reasons stated above and because I have words that I wish to share about it. As for why you should read this, of course there is no need for you to do so, but if you care in anyway about our Earth, then I urge to take a moment and read this or something else about what is happening to our planet and what we must do to help reverse the course. I urge you to take a moment to do this because the flood of images and alerts coming through social networks is benumbing us, and this overload of is not going to help anyone or anything.

So, why then, is this topic so dear to me? Probably for the same reasons as you: it is because earth’s beauty, diversity, complexity, and even its fragility, move me deeply. And they do so in ways I was only able to describe first in drawings that I made of birds, horses, and fish, and later on through the photos that I took of them. This feeling is not an uncommon one, and there are countless others, including among you who now read this post, who look with equal awe at the simple and the extravagant that have evolved on this beautiful but fragile planet of ours.

But all this beauty, this source of wonder, it is being destroyed. We have heard it said forcefully and eloquently by David Attenborough, and we may read the posts and articles—or at least see them—on FB or elsewhere, but then choose to tune out the warnings because their reality and truth still remain a distant, foggy thing for most of us, or simply because we feel helpless in the face of it all. This is both troubling and disheartening because the signs are everywhere, and the situation is serious. Our reaction is not unlike that of a family with a kid in trouble, who has been receiving signs of distress for a while now, and perhaps the kid is very near to total collapse and yet, the parents refuse to open their eyes, or they have them open but feel helpless; and so they let their kid sink into a place from which they won’t be able to escape. Likewise, the degradation of our planet is very real, and only drastic, committed action will do anymore if we wish to pull it back from the precipice before it is too late.

And yet, action is slow in coming. Why is that? Why this apathy in the face of the undeniable? The answer is, as you can imagine, complex.

One reason for our apathy is the optimism bias, the belief that we will be fine, no matter what happens in the future or to others. It is the fact that when a threat is not an immediate and present danger to someone (and the threat that extinction and ecosystems degradation poses to us westerners is still remote given our reliance on technology and medicine), said threat does not weight much against the immediate benefits we derive from our otherwise destructive, but pleasurable activities. So, we continue to do as we’ve always done, that is we consume, and we pollute.

A second answer to our apathy is that many of us feel powerless; the problem is so great!

All three of the above harm us just as much because our food chain is compromised by it, and because chemical pollution impacts us as directly as it impacts the rest of our environment. How can we tackle it all? It seems too much, so, we choose to give up.

A third answer to our lack of action is that some people actually desire the end of us. Indeed, they believe that humans are bad, and that we should just all die; that the Earth would be better if we just did not exist anymore. But you see, that is simply wrong. Humans are no worse than elephants tearing down trees that are home to bird nests, or than bears digging new abodes and destroying smaller burrows made by other animals, or than the jellyfish overpopulation which risks changing the makeup of life in the seas due to their voracious appetite and lack of predators; we are no worse than the bark beetles destroying forests, or than the Crown-of-thorns starfish which is destroying coral reefs in some places. If we are no worse than other animals, am I, therefore, saying that what we do is fine? Not at all.

Our impact on this Earth (see some photos here) is greater than that of any other species, ever. And the reason for it is that there are simply too many of us; too many of us for the level of consumption we desire; too many of us creating new things every day without thought to their environmental impact; too many of us, who are members of a species over which nature has very little control anymore.

So, what do we do? The optimist’s answer is, “Well, humans are intelligent. In fact, we are the most intelligent being on Earth; look at what we’ve accomplished already! So, we’ll pull ourselves out of this bind too.” I might believe this if our ability to solve problems was on par with our ability to invent new, often harmful things and with our insatiable desire

to always and forever keep our businesses, economies, and standards of living growing. These two traits, combined with an ever-growing population, mean that whatever goodwill and ingenuity we have will be insufficient to address our problems, unless we change our ways drastically.

Can we “simply” increase our recycling, reuse and reduction programs, and make them global? No, that will not help, because again, there are too many of us, and a large proportion of the populations from developing nations are beginning to increase—or looking to increase—their living standards, which will make reliance on the 3 Rs woefully inadequate. Asimov imagined such an overpopulated world serving an eternally growing economy in the Foundations series. In it, humanity’s relentless drive toward more led to every square foot of the planet Trantor—the empire’s capital—being covered by human beings living from deep underground to within the dome-covered surface, and food was produced by a vast underground network of microorganism farms. Or perhaps, Earth will come to look like what I describe briefly in my short story Ronin, where not only the planet but also human society are forever changed as a result of the degradation. One or the other, or something in between, is most likely in the offing if we do not change our ways.

Am I then saying that we should go back to the stone age or prevent developing nations from achieving the same living standards as in the West? No, but I am saying that it makes the needed changes more vital and urgent than ever, and these changes must involve the international community through institutions like the United Nations in order to reach agreements on:

Of course, many will object that these changes will be costly and impact their sources of income, and they will indeed do that. But viewpoint is myopic; it is not better than, and as illogical as, the fisher’s resistance to fishing quotas because without the quotas their revenue source would eventually disappear! This fear and the resistance we will encounter are not valid reasons for the status quo, but the motives behind the resistance are a valid concern and we must therefore focus our energies on finding alternative sources of income for all those will be affected by our common, necessary decisions so that we may reach our goal of preserving our planet in a state we will still love and be able to enjoy decades and centuries from now.

This is a tall order. But either we willingly make the change, or the consequences of our ways will force it upon us, and what will be forced upon us will not be as pleasant as what we could have if we chose a new way. We have already started to make the needed changes (such as with the current movement against plastic straws and the cleanup of the pacific garbage patch), but we need to all participate, now, today, and every tomorrow to come if we wish us and children to not only survive, but survive in acceptable health, and survive with an environment we will still wish to watch and paint and photograph as well as write about in the present tense. Take action and share the message too, in your own way, and ideally by speaking about it.