The battle scene with furans and Gnarlers in horizontal 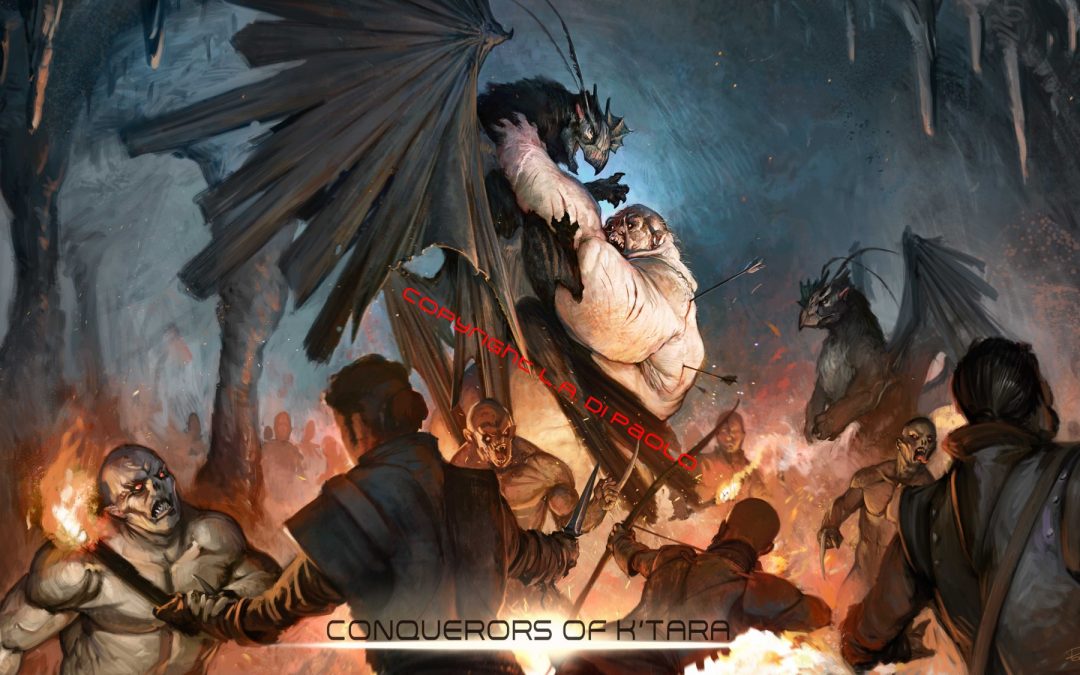 Michele just finished the horizontal version of the illustration of the scene (for the upcoming Book 2 of Conquerors of K’Tara) where Prince Toras’s Black Guard attacks the Gnarlers with their furans’ assistance. Here, we see Root, Laiella Lux Baiula’s furan, in the grips of the leader of the Gnarlers, and Scorch off to the right, about to launch himself to the aid of his congener.

The next illustration will be that of a scene following an attack on the Serpent, showing Toras looking over an injured Laiella. This will be the first illustration depicting one of the main (human) characters of the novel.

Learn more about Conquerors of K’Tara. 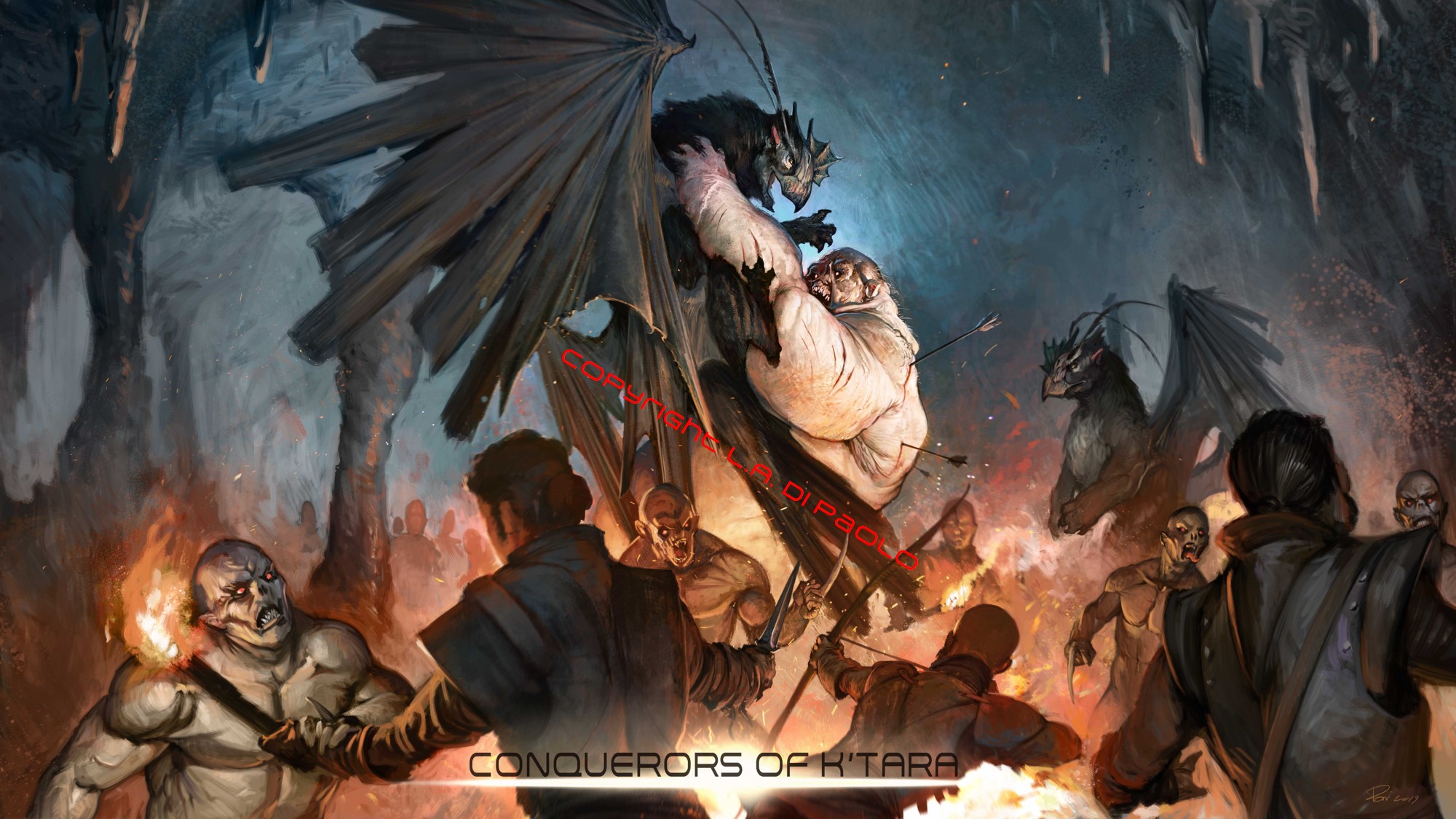