Will spoken language still exist in the future? 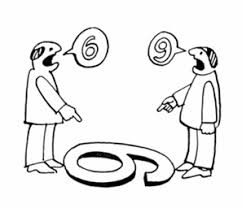 I have been wondering for a while now whether, as humanity continues its social evolution and revolution with respect to communications, we will reach a point where most languages will in fact disappear, and whether speech itself might disappear entirely. A third question inevitably follows these two, and it is: What would be the consequences of such changes, if they were to occur?

With respect to the first question, the consensus is that globalization is already causing the disappearance of many distinct languages (see a 2009 article by the BBC, or article by by the Wall Street Journal). Standardization and globalization–and perhaps the need to feel more educated in a globalized worl–is also pushing dialects out of existence. In Italy, for instance, where every village, distant by no more than 24km or 15mi, had its own dialect, we find that most young people no longer use their parents’ or grandparents’ dialects, and that the youngest could not speak them if they wanted to. In fact, in some regions of Italy, no one speaks the regional dialect anymore (see article on Wikipedia).

The published articles do a good job at summarizing why this is a sad state of affairs, as well as a real loss for humanity, and in essence the loss of these languages and dialects will translate into:

All of the above will ultimately translate into a diminished capacity for humanity to understand, and I believe, even in our ability to shape ourselves or the world around us, when that will be required to ensure our continued survival as a species.

But what of the loss of speech itself? Is that a possibility? I could not find any research on the topic, so what follows is mostly speculative, but it is something that has trotted around my mind for a while in the face of the expansion of all the nonverbal technologies, as well as in the face of my own frustrations with speaking and writing.

The ubiquitousness of technologies that enable us to communicate nonverbally is obvious and need not be stated. Not only do most people prefer to send a message or text to say hello, ask for something, or inform someone, but a significant number of millennials even hate to have to speak to someone on the phone, so much so that they will even refuse to do it when it is necessary to complete a home assignment due the next day. At work too, most prefer to use emails or IM rather than call or walk to a colleague’s desk or office. Whereas speech was used, in the past, in all instances except when writing a letter or throwing a paper airplane with a message to someone, speech is now used much more rarely to communicate.

I, myself, dream of the day when some device–either implanted in my brain or set atop my head–can take the thoughts straight out of my mind and transform them into words as well as into entire stories on some visual medium (not even necessarily as words on a documents but perhaps as a movie in some video format yet-to-be-invented). Prototypes of such technologies have already been invented, in fact (see here how it was used to enable Stephen Hawking to speak). I dream of this possibility because even though I can imagine entire stories in a matter of minutes, putting them on paper–or telling them–is so much more difficult and time-consuming. But if these devices should be developed and used for direct brain-to-brain communication, which is not an impossibility, then we will completely forget how to use our voices–at least, it might happen to the upper class given that such procedures as the implantation of communications devices in our brains may be too expensive for the poor, who would then become, unbeknownst to them, the keepers of our voices (these possibilities, in fact, are the source of one of the major themes of the Ronin short story).

What will be the consequences of the continuation of these trends (loss of languages and disuse of speech)? Could they, in fact, reduce our cognitive abilities? Our capacity to solve complex problems? At its most basic, I suppose that as the neural pathways and muscles involved in the production of speech become disused, we will lose the ability to easily, and effectively communicate orally, particularly if the use of nonverbal tools begins at a very young age (as it is already happening–see here), before verbal capabilities are fully established (fortunately, most children must still go to school and learning is still happening, in large part, via verbal instruction). Could the continued impoverishment of our verbal capabilities lead to an inability to solve the problems of the future, or even to an inability to make a successful contact with an alien species, when the day comes? Cognitive scientists, anthropologists and others are taking some of these possibilities more and more seriously and studying the causative links between modes of communication and cognition more rigorously. But the better question to ask might be, do we wish to find out what will happen if the relationship is true and the trend continues?

I see one line of technological development which could reverse the tendency toward non-verbal communication, and that is holographic communication. I believe that if this technology becomes as ubiquitous as messaging, we will likely see people choose to communicate verbally again, to say hello, ask a favor, arrange an event, or to inform someone of trivial and nontrivial happenings–perhaps. On the other hand, I do not see how the rapid loss of languages across the world can be averted, even with the current efforts by some to prevent it; not in a world always more global, except perhaps with the continued development of instant/universal translator technology which could either be worn or better yet, implanted in our brains, as such technology would logically make losing one’s language in favor of the dominant one unnecessary. This is most certainly a development to be sought.

Post Scriptum: If you enjoyed this post, please take a few moments to browse through the rest of my site to discover other interesting things. And leave a Like below, and thank you.