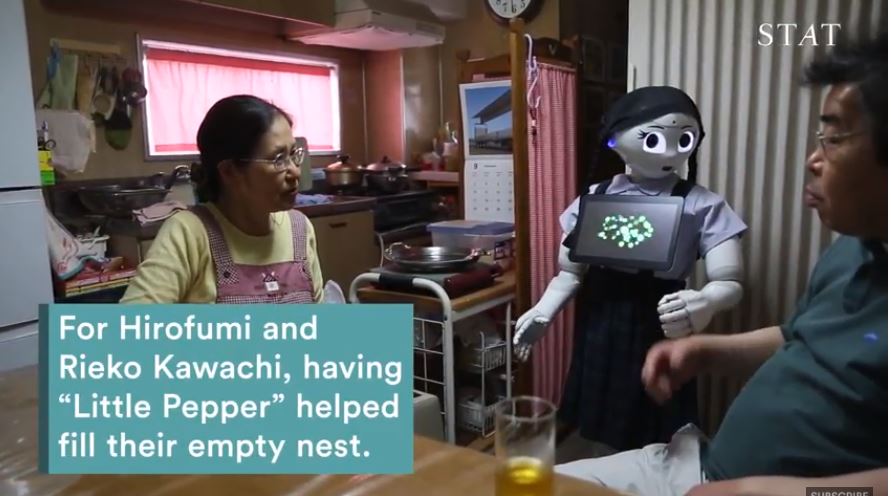 You may wonder what this topic has to do with my novel, which is not a self-help book or a sociological treatise. But though part of the story is set on a planet with a fantasy-like environment, it is a book about the future. And, as I try to peer into this future, with my limited capabilities, I can see how the relentless advancements of social technology (cell phones, social interaction software, and the fledgling sex-enabling software and devices) will further diminish the need–and the desire–for in person, human to human interaction, and driving a wedge between all of us, but most especially between the haves and have-nots who might be terminally split from each other in some more or less distant future. Some of these eventualities are, in fact, what will motivate one of my protagonists to do what he will do, with disastrous consequences for the people of K’Tara.

I realize that this piece may be viewed as alarmist, whereas it is only a logical extrapolation of the evidence from both our past and present history. Of course, I may be wrong, as may be the thinkers, sociologists, anthropologists, and philosophers who see similar consequences to current developments. But perhaps this image of our future is not wrong.

I have already spoken about the present and potential future effects of social interaction technology in my piece “Will spoken language still exist in the future?” where I consider the possibility that the continued reliance on software and technology to communicate, combined with the continued disappearance of local languages due to globalization, will seriously impoverish us, and the consensus among scientists, philosophers, and futurists is that it will.

And this impoverishment will be made more severe by the ongoing development of robots that will take the place of humans in our everyday interactions as well as in our bedrooms.

Now, these developments are being lauded as great achievements by their inventors, and there are, at first glance, definite benefits to some or all of them. For instance, in Japan–a robotics and artificial intelligence powerhouse (see ABC article here)–where the old are becoming more numerous than the young, leaving too many retirees alone and forlorn, robots are already being used and refined to provide the lonely with company, entertainment, and help (see Reuters article here).

Advancements in robotics and AI are even being made to address another human need: sex. And sex robots, which first appeared in the 1990s (see a good Wikipedia summary here), continue to be perfected so that they may not only provide us with sex but also with conversation and company. Though it may be true that sex robots can be beneficial to the old (who may have lost their life partners or who suffer from dementia; see a Guardian article here), or to the disabled (who might otherwise not be able to enjoy sex at all), the fact that this technology is equally accessible and targeted to young or healthy humans is profoundly concerning. Indeed, I cannot imagine–though I try–how having sex with a robot (which will look perfect, and be perfectly shaped, and cannot complain or wince or get tired, or get upset if the human uses sex as a purely selfish act rather than to give it pleasure too) can improve our intimacy with, or empathy for other human beings.

But then, what does it matter if we do not have sex with each other anymore? Perhaps it doesn’t. Indeed, with the advent of artificial insemination and reproductive technologies which will allow anyone who at least produces gametes to have a child (be it by using the gametes of an anonymous donor, or by using those of their partner–whether the partner be of the opposite sex, or of the same sex given that two females, or two males and a female (who is still needed to provide the mitochondria which the sperm cells do not contain) will soon be able to have a child together), with the advent of all these technologies and approaches to reproduction then, there is even less of a reason to need to have sex with another human being, especially if our physical and emotional needs can be fulfilled with a robot. But can they?

I believe that certain developments should be stopped. But human advancement has rarely if ever been arrested unless by cataclysms. The alternative, then, is to control them as best we can, by legislating what we can (for instance, by prohibiting the creation and sale of childlike sex robots), and by coming together to rethink what sort of societies we want, by creating new social contracts with each other. For instance, instead of saying “We need robot companions for the old who are too numerous for the young to care for,” we could agree to push for laws that will create environments where human beings can interact with each other, and which will provide good salaries for people to in-fact choose to take care of the old. We could also encourage natality– through immigration if necessary–and put limits on age extending discoveries unless accompanied by equal investments in discoveries that will keep the “old” healthy and working well into their eighties and nineties or beyond if we should live so much longer.

If we are watchful–pay attention to where our ship is going–we can probably hope to make a few good decisions along the way, and prevent it from heading straight into the shallows, into a glacier, or into a storm. Unfortunately, that did not occur in my novel, and the impact is great on its characters.

One more conceivable consequence of the above developments concerns me: it is the possibility that they will lead to the haves and have-nots to develop into two distinct sub-species, if not separate species, of humans. But that is a topic for another time.

P.S.: Let me know below what your thoughts on the matter are. I would love to read them.